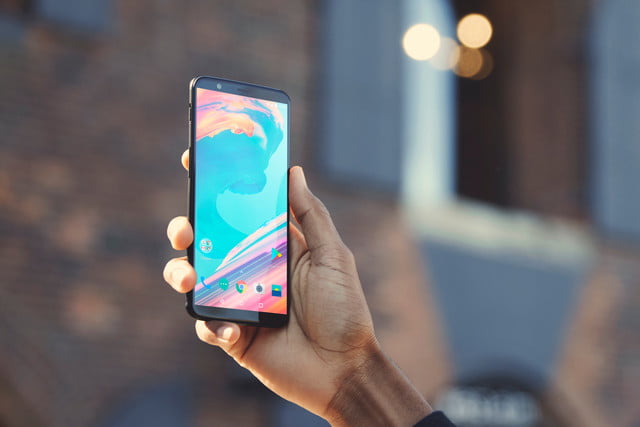 What Change from OnePlus 5 to 5T? Specs, Feature

The OnePlus 5T is the new version of the Chinese smartphone known for a powerful set of specifications without costly the iPhone X , the Apple or Galaxy Note 8 , the Samsung . The launch brings many similarities to the predecessor OnePlus 5 , but offers improvements in the important aspects of thes specification, screen is larger and more elongated, and the dual camera system brings changes to make the brighter photos in dark area.

OnePlus 5t phones are officially announced in India and first sale starts from 28 November with 6 GB RAM and 64 GB storage, the phone costs exactly half of the iPhone X , considering the US price (in the domestic market, the new iPhone will not leave for less than $ 7,000 ). See below for everything that has changed from OnePlus 5 to OnePlus 5T. 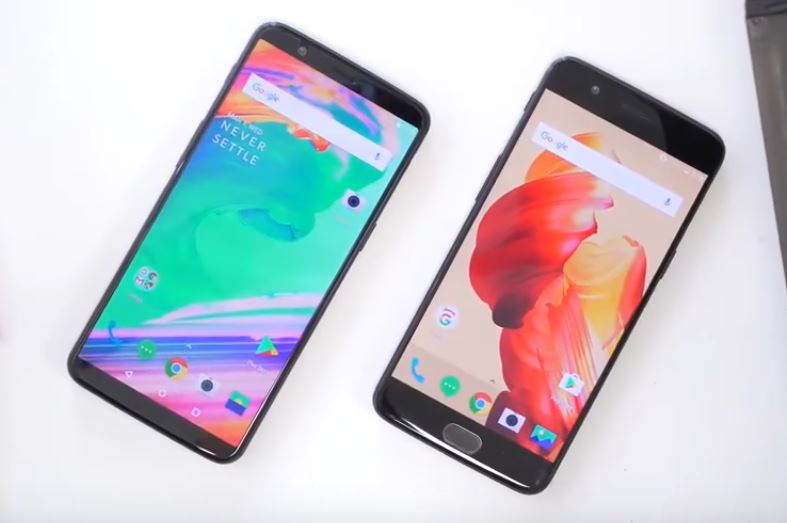 The OnePlus 5T maintains aluminum construction from the previous version and continues without liquid repellent finish – that is, no water dives. Despite the larger screen, the cell phone practically does not change size, with only 2 mm more in height and 1 mm in width. The weight changed little, going from 153 g to 162 g.

At first glance, the biggest difference lies in the 6-inch display, versus the 5.5-inch predecessor. The minimal edges on the sides allow the 5T panel to occupy a larger portion of the front sector. With this, the physical button ceases to exist and the fingerprint reader goes to the back.

While the OnePlus 5 screen brings Full HD resolution (1920 x 1080 pixels) , the latest smartphone has Full HD + (2160 x 1080 pixels) and 18: 9 aspect ratio , longer and more elongated. The format is the same adopted on mobile phones as the LG G6 and similar to the Galaxy S8 , allowing 0.5 “more on the diagonal without increasing the body of the phone. The panel continues with AMOLED technology , which tends to deliver vivid color and contrast more intense than the LCD found on most smartphones.

Related Post:  Pro Tips And Tricks To Make The Most Of Your iPhone X

The OnePlus 5T maintains a 16 MP dual MP camera and 20 MP predecessor, but it does change the way the set works. Instead of allowing optical zoom, the new sensor’s additional sensor has a lens aperture greater than f / 1.7, to capture more details of the environment when there is poor illumination in the scene. According to the manufacturer, the mobile phone chooses the camera to be used automatically depending on the conditions. On the front, the same 16 MP camera with f / 2.0 aperture continues, for selfies.

The internal specifications of the OnePlus 5T are the same as the OnePlus 5 specifications, which is a good signal considering the advanced components. The processor is an octa-core up to 2.35 GHz ( Snapdragon 835 ), which is the most powerful of Qualcomm and the same of rivals as the Moto Z2 Force and the LG V30 .

Memory options are heavy on both models. There are versions with 6GB RAM and 64GB of storage, or 8GB of RAM (the maximum possible currently on a mobile phone) and 128GB of internal space for files. The OnePlus 5T, like the predecessor, does not offer microSD memory card slot .

The OnePlus 5T system is the same as OnePlus 5. Cellphones run Android 7.1.1 with OxygenOS customization. The software maintains much of the look of “pure” Android, and adds a host of features to help with navigation and usability. The expectation is that 5T soon receive the update for Android 8 Oreo .

Related Post:  10 tricks for Android that you probably did not know

The battery of the OnePlus 5T remains with the load of 3,300 mAh of the previous model, but still it is not known if there is change in the time of use, mainly after the increase of the screen. The Dash Charge recharging technology is still available, delivering about 50% of the battery in 30 minutes.

The facial recognition debut OnePlus 5T. The technology is similar to Face ID ‘s iPhone X OnePlus promises 99% efficiency in the new security method, and faster to access the smartphone compared to Apple’s mobile phone. The novelty, however, can not be used to authenticate Payments from Android Pay , which requires the recognition of user digitals.

Also Read : Pro Tips And Tricks To Make The Most Of Your iPhone X

The OnePlus 5T is sold in two versions with different amounts of memory and storage, as well as the OnePlus 5. On the official website of the manufacturer, the price is 32999 for the version with 6 GB of RAM and 64 GB of storage, 37999 only with8GB RAM and 128 GB internal space.

Specifications Details of OnePlus 5 and 5T

Battery Doctor : Tips to Save Battery in Android Phones

What’s Going On With The S9’s Digital Assistant