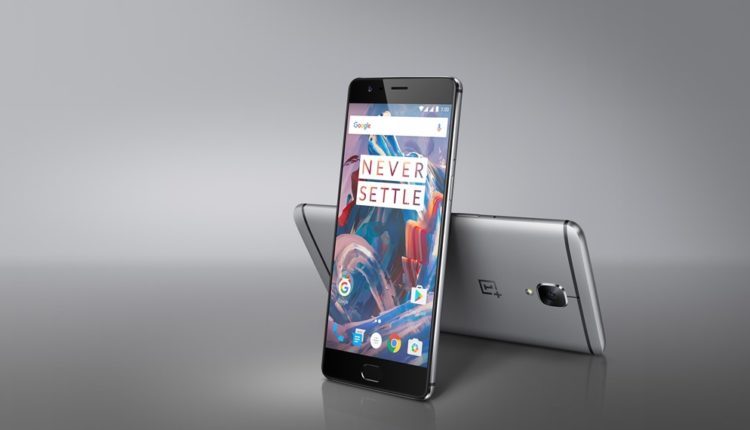 The OnePlus 3 comes a robust 6GB of RAM and 64GB of storage. In terms of processing power, the new handset packs in a Qualcomm Snapdragon 820 chip – the same processor that can be found in many top-end handsets, including US versions of the Galaxy S7.

According to recent GFX and Geekbench test results, the OnePlus 3 will have a Qualcomm Snapdragon 820 processor, 4GB or 6GB of RAM, 64GB of storage, a 16-megapixel camera, an 8-megapixel front camera and NFC support.

The design on the OnePlus One and OnePlus 2 was largely similar, but OnePlus co-founder Carl Pei has confirmed that the OnePlus 3 will sport a new design.

OnePlus 3 clearly ditches the iconic sandstone finish design, and can be seen sporting a full metal unibody instead.

The OnePlus 3 features a 16MP rear cam with the Sony IMX 298 sensor and sporting a 1.12μm pixel. The sensor features phase-detection auto-focus for faster lock of focus, as well as optical and electronic image stabilization that should combine for more stable footage. The lens on top is an f/2.0 one.

OnePlus 3’s official price has been revealed in India just a day ahead of its global launch. According to an advertisement in Hindustan Times, the 6GB RAM + 64GB ROM variant of OnePlus 3 is priced at Rs 27,999.and will be available exclusively via Amazon India.

What Change from OnePlus 5 to 5T? Specs, Feature

What is Long Tail Keyword? How To Do Keyword Research